Greetings Happy Golfers,
Just a quick reminder that this weekend is our first Official 18 hole stroke play competition.
Points are to be awarded based on your position on the competition. These points will be totaled to find the best 10 golfers based over 12 tournaments throughout 2011.
We hope to see you all there. Prizes will be awarded on the day, based on Gross and Net scores so everyone has a chance to win something.
We also ask that you all sign up to you respective Associations (BAGA or BGA) on Saturday. The fee is $80 BZD.
We had an excellent turn out for the years first tournament so please all try and make it on Saturday. The more we have the better the competition will be.
Golfing Joke of the day :

A golfer, now into his golden years, had a lifelong ambition to play the 17th hole at TPC Sawgrass in Ponte Verde , Fla. , exactly the way the pros do it.

The pros drive the ball out over the water onto the small green that is on a small spit of land. It was something the golfer had tried hundreds of times before without success. His ball had always fallen short, into the water.

Because of this, he never used a new ball on this particular hole. He always picked out one that had a cut or a nick, as did many other "average" golfers when negotiating very challenging holes.

Recently he went to Sawgrass to try again. When he came to the fateful hole, he teed up an old, cut ball as usual, and said a silent prayer.

However, before he could hit the ball, a powerful voice from above seemed to be booming out from the clouds, saying:

"Wait! Replace that old ball with a brand new one."

The golfer complied, with some slight misgivings, despite the fact that this same force seemed to be implying that he was going to finally achieve his lifelong ambition.

As he stepped up to the tee once more, the voice came down again:

So he stepped back and took a practice swing, certain now that this heavenly force was going to make his dream come true.

The voice boomed out again:

Dutifully, he did. He stopped expectantly and waited ....

Then the voice again:

Posted by Administrator at 11:13 AM No comments:

Thanks to everyone who turned out for Saturdays tournament at the Roaring River Golf Course. It was a beautiful day, with ideal golfing conditions. It was great to see so many players scoring well, with an impressive 22 birdies on the day. Members of both the BAGA and BGA battled for the prizes and we look forward to seeing all the countries golfers at the next tournament.

The format was an 18 hole Stroke Play with prizes for Gross and Net categories.

The Las Vegas 2 pot was won by Ryan Garbutt with an impressive 2 (birdie) on the tricky 185 yard par 3 5th.

Congratulations to the winners - Pictures below. 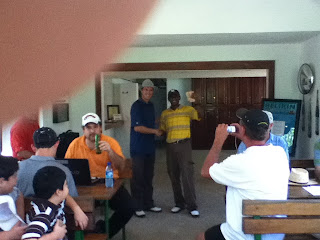 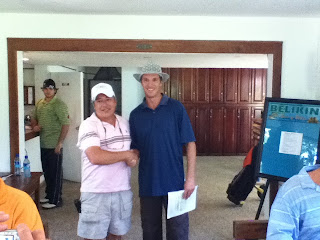 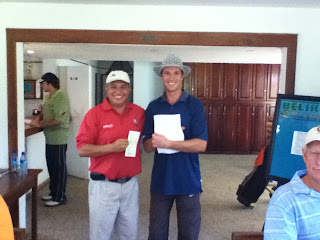 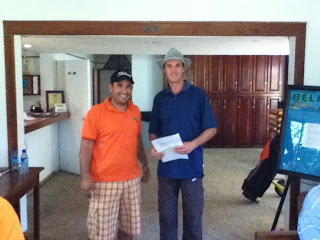 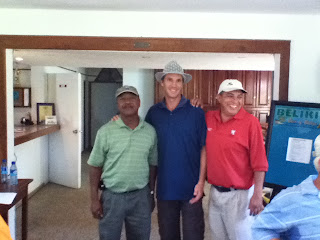 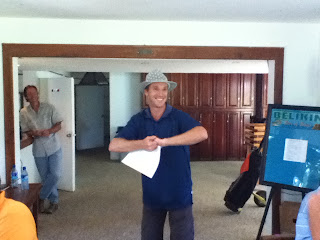 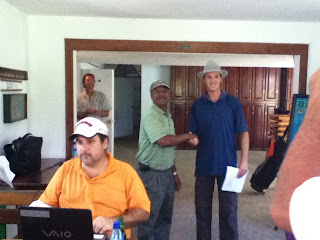 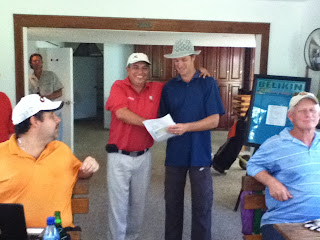 Posted by Administrator at 6:43 AM No comments:

Just a short reminder that tomorrow is our first tournament. January 15th 2011, 8.30am start.

We look forward to seeing you all there.

Try and get there early so we can complete the meeting for the election of officials for the BAGA.
Posted by Administrator at 12:38 PM No comments:

Thanks to everyone who turned out on Saturday for the first tournament of 2011.

4 teams entered the 2 man scramble, with the result going down to the final hole.

Each team had to use 9 drives from both players, making the final few holes a tactical nightmare.

Andy Hunt and Robert Lee in the first group needed a birdie to get into contention and chipped in on 18 to finish at 2 under 62.

Paul Martin and Sam Mathais could not improve their score on their final hole finishing at 1 under, 63. A respectable score for a team beset by childish squabbling throughout, reminiscent of the French Football squad of 2010. :-)

Mickey Thornton and Alan Graham were in control of their own destiny after a gloriously topped fairway chip into the pond bank, that skipped up and rolled up fortuitously to 4 feet from the pin to enable them to move to 3 under.

Mickey and Alan stymied themselves on 18 behind a group of trees, needed to make a 15 footer to make par and take the 1st prize, but missed both putts.

Congratulations to Mickey and Alan (team 1) and Andy and Robert (team 2) who both finished at 2 under to share the first prize.

As for the Williams/Sansone team, confusion reigned on hole 9 as they mysteriously seemed to have 5 balls in play (defying the rules of golf) at one point, and were never able to recover. We are sure they will return to fight another day.

Don't forget next week is the first stroke play tournament of the year.

Posted by Administrator at 1:10 PM 2 comments: